We like to take our time around here. This is most evident in our shed building process. We started this thing back in 2012 and have yet to finish it. What can ya do? Life gets crazy sometimes and you just have to get things done when you can. Nathan and his dad have done nearly all of the work on the shed by themselves, with the exception of friends helping here and there. We’ve saved quite a bit of money doing it this way and have been able to pay for supplies as we go. 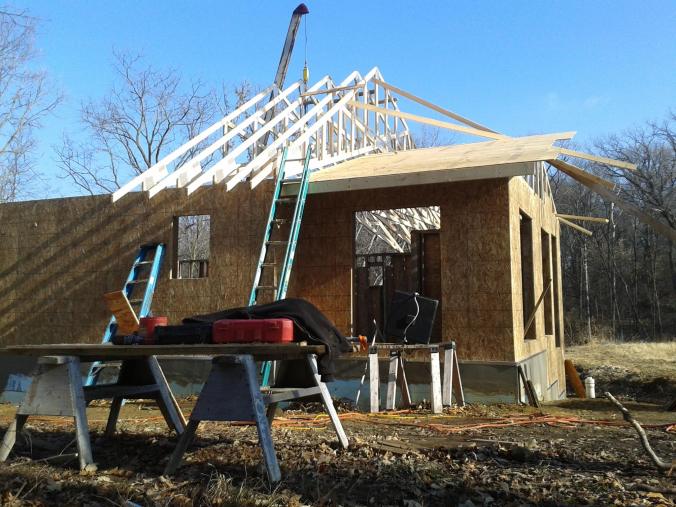 December 2014- Getting the trusses set up. 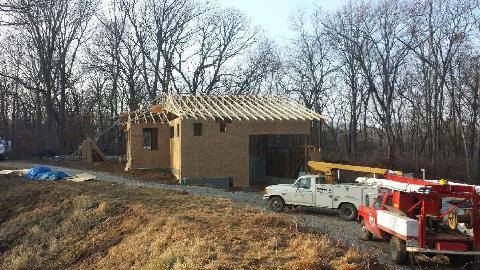 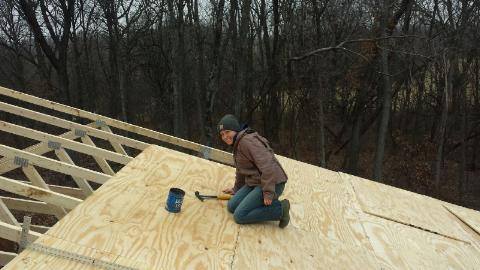 December 2014- Two hammers are better than one. 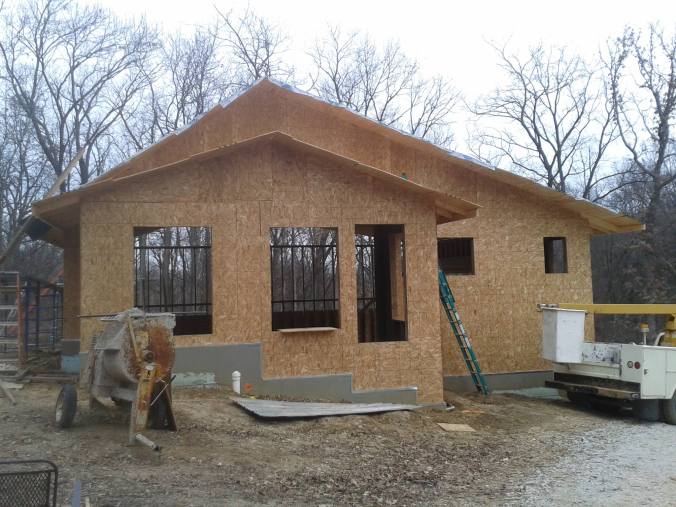 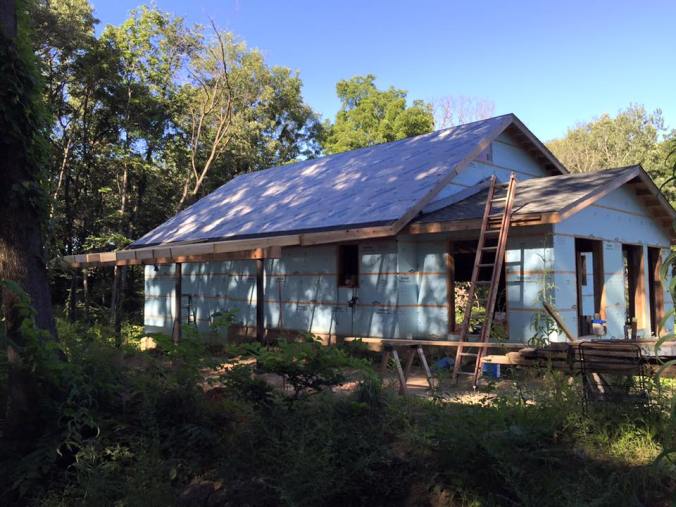 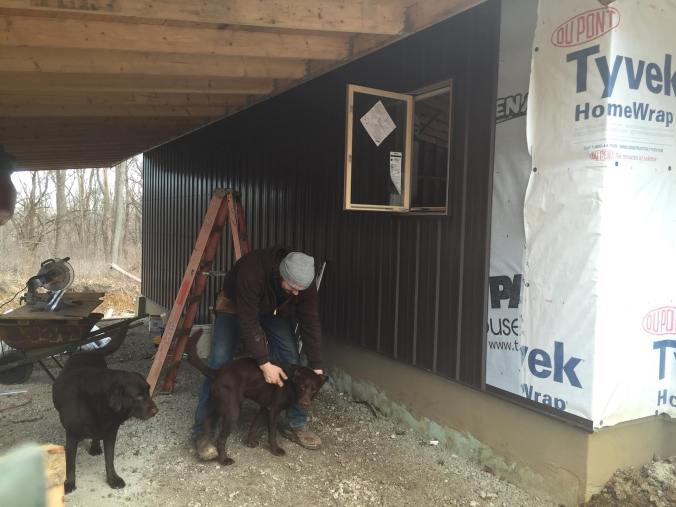 Nathan got the majority of the siding on in winter/spring of 2016. We finally got to start focusing on the floor this past year. We had hoped to have the concrete poured by the end of summer in 2016, but it just didn’t happen. We had a pretty busy summer last year & finally had time to work on the floor by fall. 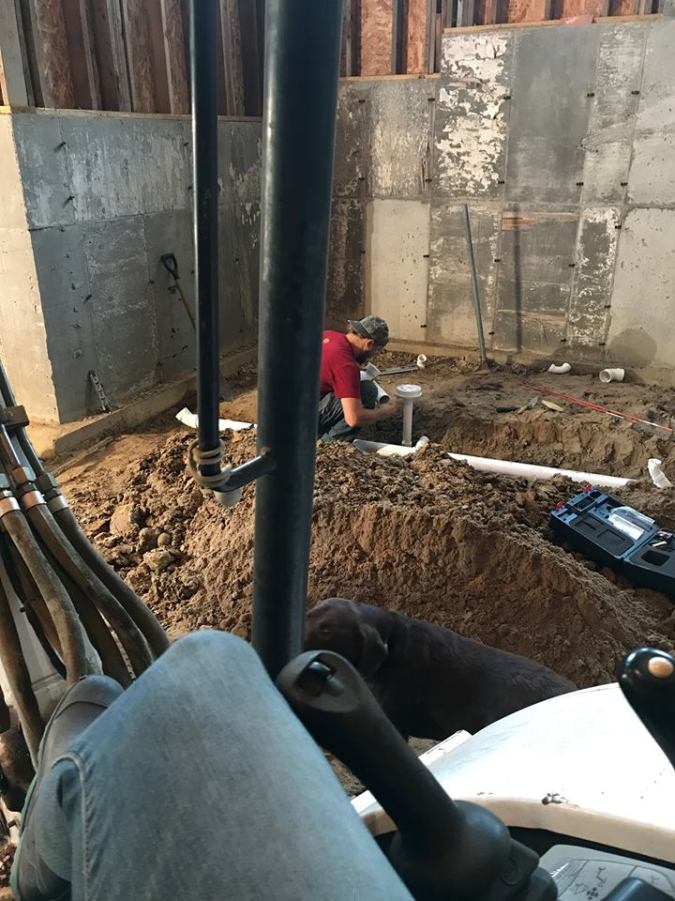 Nathan got all the plumbing roughed in & the gravel compacted. 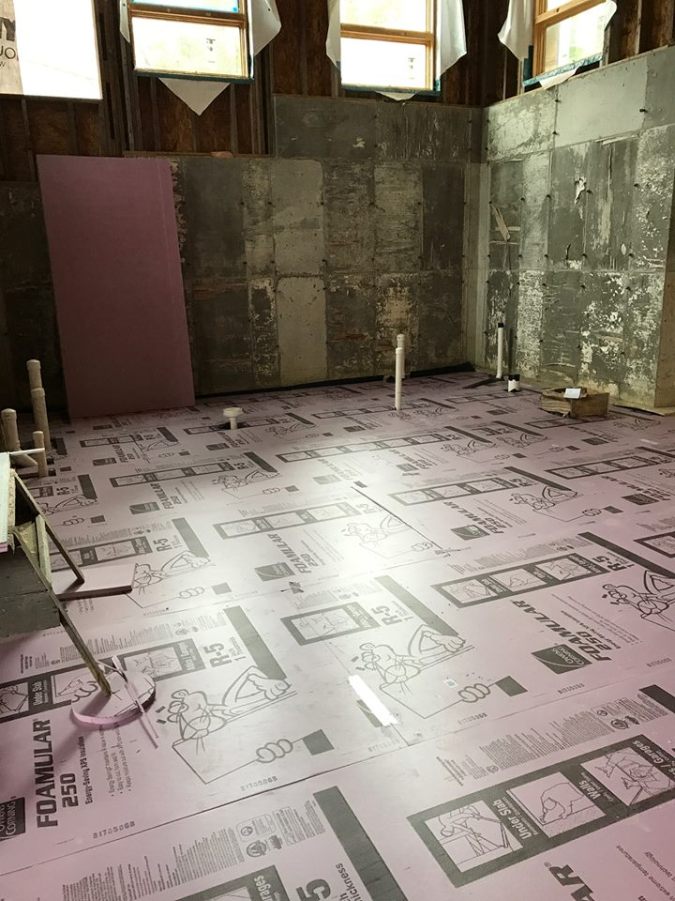 We got the insulation laid in preparation for the floor heat piping. 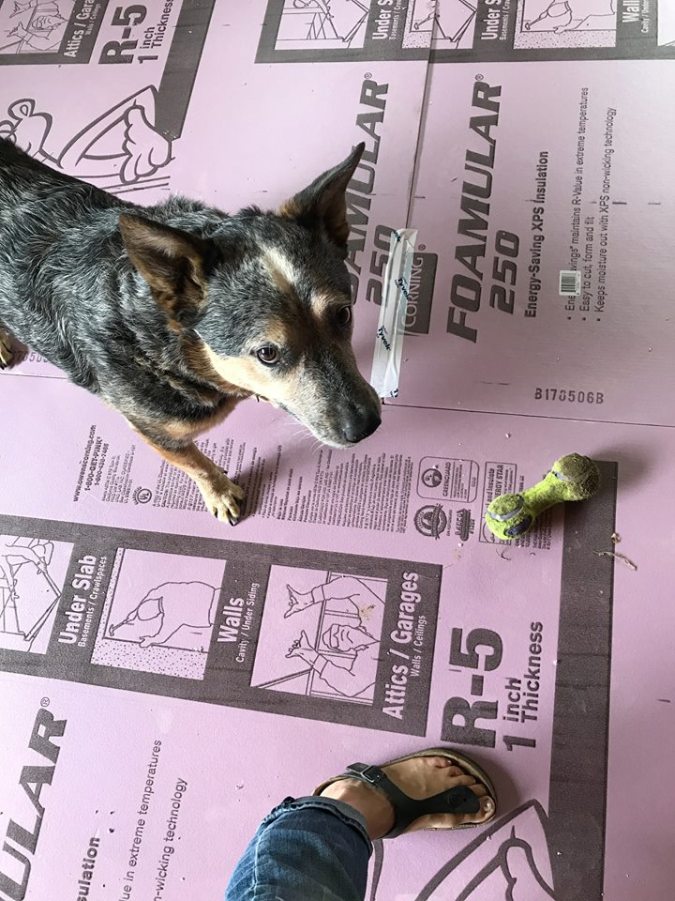 Jetson was a big help. 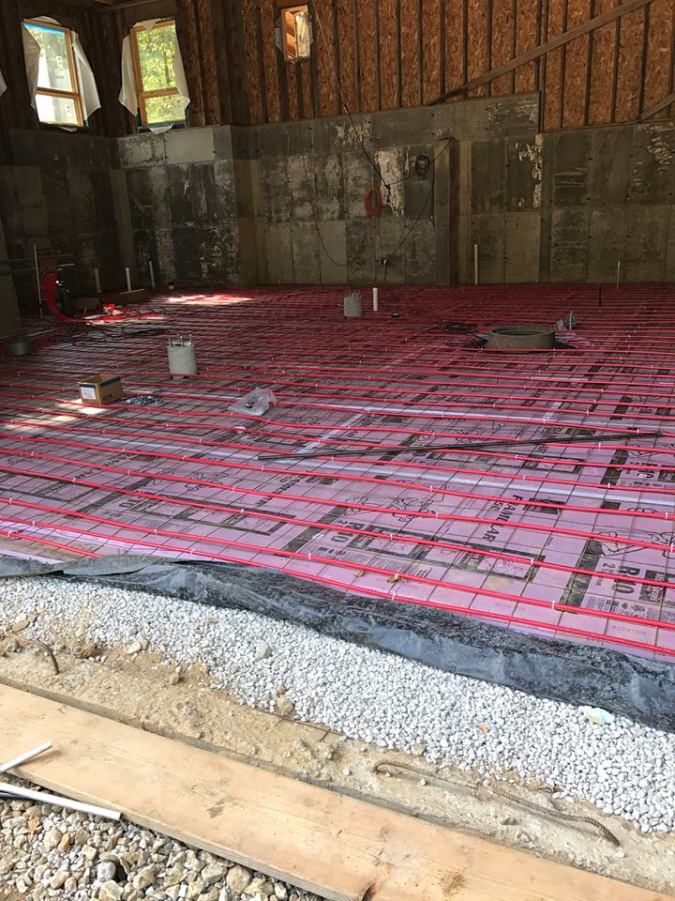 The weather held out for us and we were able to get the concrete poured by mid-October. It was such a relief to get this done! Nathan was so happy he just stood and stared at it for hours. We can finally have the shed party we’ve been talking about for years!

We’re Building A Shed: Part 3 up next. Hopefully, sooner than later. 😉

The weather has been so amazing here lately.  It hasn’t really even begun to feel like winter is around the corner.  Today it was nearly 80 degrees.  I was sure to get a couple good walks in with the pups (and Grease Monkey) before and after work.

I’ve been consistently going to hot yoga classes for the last month or so and I feel so good.  I’ve noticed a major shift in my mood on the days I go to class.  I have to get up at 4:30 in the morning so I can make it on time.  This is astounding to me as I AM NOT usually a morning person.  The fact that I’ve been sacrificing my precious sleep shows me I’m doing something I love.

Speaking of things I love, I started getting the woodstove ready last weekend.  It’s not winter I love so much as it is sitting by the fire.  I switched the plant shelf for the log holder and stacked some wood Nathan had already split up.  Pete had other plans…

After a few (thousand) rounds of fetch and some wood stacking we called it a day and opted for a more relaxing evening.

It seems like we’ve always got some sort of project we’re working on out here.  While most of them are somewhat small, like planning the garden or chopping wood for the woodstove, we have one big one we’ve been working on for a few years now.  We’re in the process of building a shed.

I guess most people assume when I say shed I mean a small storage area like where you would keep your lawnmower & yard tools; but this isn’t exactly the case.  Our shed is quite a big larger.

We started the building process back in January of 2012.  We haven’t hired any help except when pouring the footings.  Nathan and his dad are basically doing all of the work.  A lot of our friends have come out to help too which has been great.  Nathan has some hard working buddies who don’t mind trading labor for some beer and/or whiskey.

Here are some photos from the beginning of the process.  Not much other than clearing out the building site got done in 2012.  We started digging the footings out the following year.  Here are a few photos from that process.