We made sure to have plenty of toys & treats for Jetty when we brought him home as a pup.  At the time, the only other dog around was Izzy.  We didn’t want her to feel left out so we made sure to get her some treats too.  I got a small rawhide for Jetty and Nathan thought it would be hilarious to get Izzy the 4 foot long rawhide.  They both loved their bones and eventually ended up trading.  It was hilarious.  The photos do a great job of telling the story.

She was SO excited for that bone.  I had never seen her jump that high before!

So happy.  Jetty liked his little bone too.

But he soon decided he’d rather have the giant bone.

He hid under the table enjoying his snack until later deciding to drag it into his kennel. 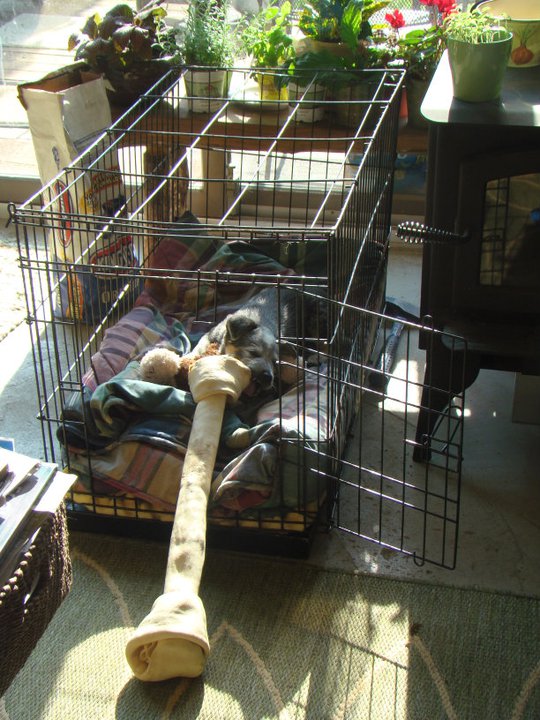 He seriously pulled that thing in there all by himself.  One of the cutest things I’ve ever seen.

Since Jetty took her bone, Izzy decided she could have his. 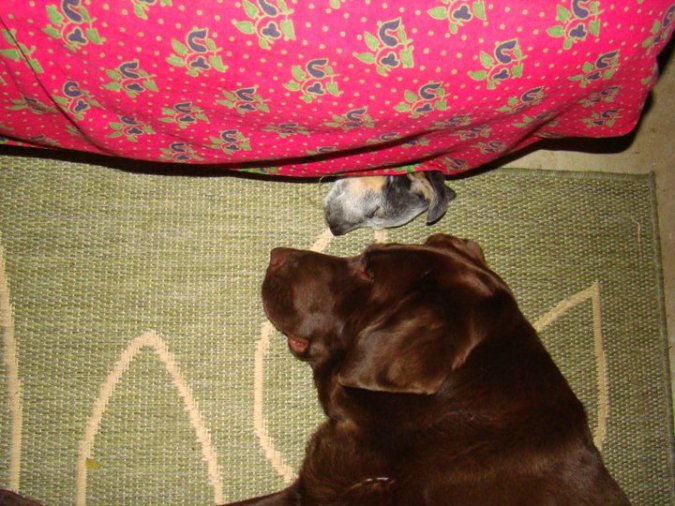 Jetty sleeps under my desk at work.  About 3 times a day he lets me know when he wants to go outside for a minute.  This  always involves me getting one of his tennis balls out of my bottom desk drawer & a small game of fetch.  Here is a clip of how he gets my attention (with a little Rockwell background music):

It seems like we’ve always got some sort of project we’re working on out here.  While most of them are somewhat small, like planning the garden or chopping wood for the woodstove, we have one big one we’ve been working on for a few years now.  We’re in the process of building a shed.

I guess most people assume when I say shed I mean a small storage area like where you would keep your lawnmower & yard tools; but this isn’t exactly the case.  Our shed is quite a big larger.

We started the building process back in January of 2012.  We haven’t hired any help except when pouring the footings.  Nathan and his dad are basically doing all of the work.  A lot of our friends have come out to help too which has been great.  Nathan has some hard working buddies who don’t mind trading labor for some beer and/or whiskey.

Here are some photos from the beginning of the process.  Not much other than clearing out the building site got done in 2012.  We started digging the footings out the following year.  Here are a few photos from that process.