We made sure to have plenty of toys & treats for Jetty when we brought him home as a pup.  At the time, the only other dog around was Izzy.  We didn’t want her to feel left out so we made sure to get her some treats too.  I got a small rawhide for Jetty and Nathan thought it would be hilarious to get Izzy the 4 foot long rawhide.  They both loved their bones and eventually ended up trading.  It was hilarious.  The photos do a great job of telling the story.

She was SO excited for that bone.  I had never seen her jump that high before! 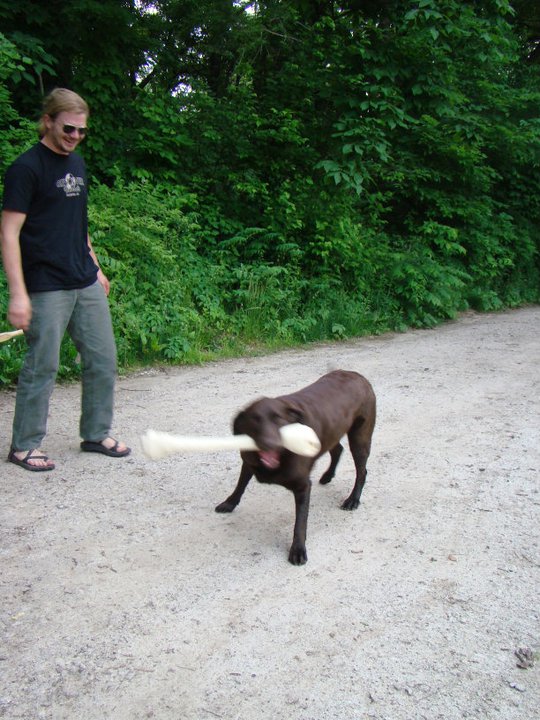 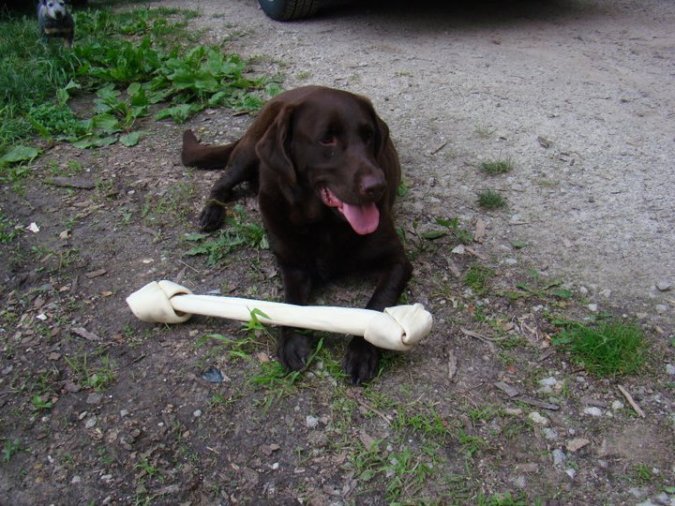 So happy.  Jetty liked his little bone too.

But he soon decided he’d rather have the giant bone. 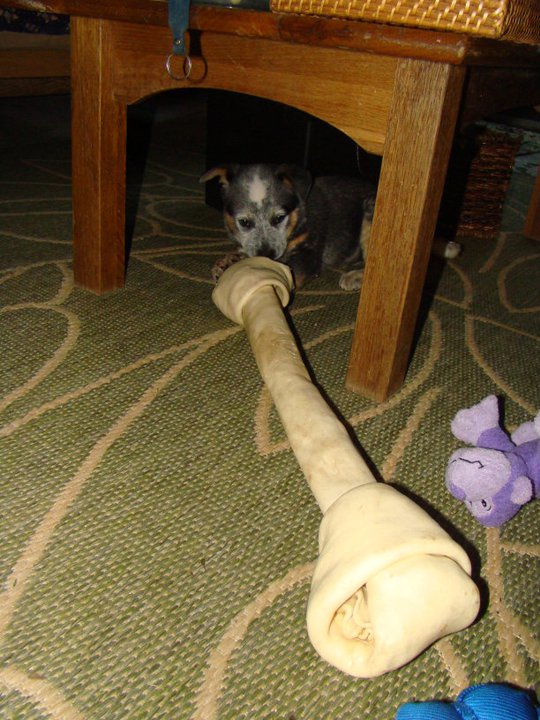 He hid under the table enjoying his snack until later deciding to drag it into his kennel.

He seriously pulled that thing in there all by himself.  One of the cutest things I’ve ever seen.

Since Jetty took her bone, Izzy decided she could have his.